On 14th June 2017, the Supreme Court ruled that the Secretary of State for Health in England was not acting unlawfully by failing to provide NHS funding to women who travel from Northern Ireland to England to access abortions

Presently, women from Northern Ireland, except for in exceptional cases, must pay for abortion care privately, notwithstanding their status as UK citizens and (in many cases) UK taxpayers.

This point of law was challenged in  R (A and B) v Secretary of State for Health).  The case  involved a 15-year-old girl, A, who became pregnant in 2012. A did not want to continue with the pregnancy and so with the support of her mother, B, she arranged to have a termination in England.

A and B were surprised to learn that as A was resident in Northern Ireland, she would have to pay privately for the termination in England. B commenced proceedings on behalf of her daughter to challenge the lawfulness of this policy.

A and B submitted that the Secretary of State for Health was acting unlawfully in refusing to permit women from NI to access NHS funded abortions.  They further argued that women in NI were being discriminated against as compared to other women in the UK

A and B were unsuccessful in the High Court and in the Court of Appeal and the matter was then referred to the Supreme Court.

The Supreme Court held, by a 3-2 majority, that the Secretary of State was not obligated to provide abortion services to UK citizens usually resident in Northern Ireland, and was instead entitled to respect the “democratic decision” of the devolved administration in Northern Ireland and acknowledge the ability to purchase private abortions.  This position was not agreed upon by dissenting Judges Lord Kerr and Lady Hale.  Lady Hale noted ;- 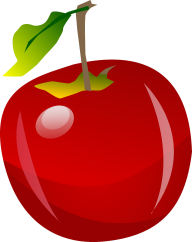 The Supreme Court has dismissed an appeal made by the parents of sick baby Charlie Gard, over plans to take him to the US for experimental medical treatment.

Charlie suffers from a rare genetic condition called mitochondrial depletion syndrome. His parents Chris Gard and Connie Yates, both from London, want to take their 10-month-old son to the US to undergo a therapy trial there.

Earlier this year, both the High Court and Court of Appeal ruled in favour of medical staff at Great Ormond Street Hospital in London, who said it was kinder for brain damaged Charlie to be given end-of-life care and that he should not be taken to the US for experimental treatment, despite his parents’ wishes.

On 8th June 2017, the Supreme Court has also dismissed the couple’s latest challenge for their son to receive US medical treatment. Charlie’s parents have now made an emergency appeal to the European Court.

This case highlights the difficulties faced when parents and doctors are at loggerheads as to the best way to medically treat a minor child.  It raises the question –Who should have the ultimate say when it comes to deciding what is best for a child in terms of medical care?

Should you need any further information, please feel free to contact us confidentially by email