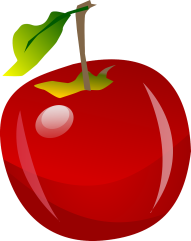 There was much press coverage over the Supreme Court’s decision in the Sharland & Gohil appeals last week to allow both Alison Sharland and Varsha Gohil to reopen their divorce settlements after they discovered that their husbands had not made full disclosure of their financial position at the time the Court decided the split of the matrimonial assets.

In all Court proceedings dealing with the division of assets on divorce, each spouse is legally required to provide the other with full  details of their entire financial position. This information is required to ensure that the Court and both parties are aware of the full extent of each other’s financial circumstances at the time a decision is being made as to how the matrimonial assets are to be divided.

It seems only right that one spouse’s fraud in failing to disclose their full financial position at the time of settlement should result in the case being reopened to ensure that a fair outcome is achieved on all of the facts.

The assets in most marriages will not be as substantial as Mrs Sharland’s – she had initially accepted a £10 million settlement from her husband! However, ensuring that each spouse obtains their fair share of all of the assets is no less important in more modest cases.

In reality, the circumstances in which both Mrs Sharland and Mrs Gohil subsequently found out that their former spouses had been lying about their finances are fairly unusual – after the divorces were intially settled, Mr Sharland’s business was floated on the stock market  and Mr Gohil’s full assets were revealed during a money laundering trial.  In most cases, if the extent of each party’s assets is not fully revealed during the divorce case, it is unlikely that this information would be discovered by the other spouse at a later date.

There has been a lot of debate that these appeal decisions may lead to an “opening of the floodgates” with countless divorces being reopened in a bid by one spouse to try and have “another bite at the cherry”.  Others however believe that the decision made by the Court in these appeals may act as a deterrent to others tempted to hide assets out of the Court’s reach.

If you would like any further information on this issue or any matter concerning divorce or division of matrimonial assets, please feel free to contact us here or leave us a message below.