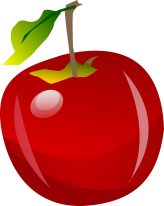 The car company Volkswagen has hit the news over the past number of days after admitting that 11 million of their diesel vehicles worldwide were fitted with defeat devices to cheat emissions tests and that all of these vehicles are likely to require a technical fix.

It has now been revealed by VW that almost 1.2 million  vehicles in the UK are involved in this scandal.

Whilst VW have confirmed that they will be making contact with customers and have provided assurance that all vehicles are technically safe,  this latest revelation may cause concern and worry to many VW drivers in the UK.

Jennifer Young of Francis Hanna & Co says that the effect of the VW scandal could see a direct impact to Northern Irish drivers if the devices once removed from the affected vehicles result in these vehicles breaking emissions rules.

Ms Young has pointed out that if the vehicles once rectified produce higher emissions, this could result in drivers having to pay more road tax and other levies, which would result in a direct loss.

In addition, it remains to be seen whether the performance of the vehicles will be affected, not to mention a potential loss in resale value.

‘We have had direct contact from one worried Volkswagon Golf owner who is charged for parking at work and is concerned that her parking charges, which are linked to her vehicle emissions, will rise if her car is affected. She said that this is an example of one of the many concerns that they have been asked about to date’.

In addition,  Ms Young says that anyone who specifically purchased their vehicle with low emissions in mind and who may have paid extra in the belief that this is what they were purchasing, have been the victims of a misrepresentation and would therefore be entitled to be compensated in this regard.

‘What is clear is that many Northern Irish drivers are likely to be affected by this scandal in a number of ways and they are keen to know more as soon as possible,’  says Ms Young.

If you need any information on this topic,  please feel free to contact us below, or alternatively email Jennifer Young  at Francis Hanna & Co on  jyoung@fhanna.co.uk

There is a growing awareness that it is not just women who can be victims of domestic abuse and partner violence.

PSNI statistics for the year 2014-2015 show that there were 3,107 male victims of a domestic abuse crime in Northern Ireland.  There were 67 domestic homicides recorded by the PSNI between 2005/06 and 2014/15 – 36 women and 31 men lost their lives to current or former partners or family members during this period.

Many men who are the victims of domestic abuse can find it difficult to get support.  It can also be hard for men to acknowledge the abuse and talk about their experiences.  This silence could be due to a number of reasons, including love for a partner, embarrassment or shame, concern for their children and fear of not being taken seriously or perhaps being blamed.

The Men’s Advisory Project provide a confidential counselling, information and referral service for men experiencing domestic abuse or the pressures of a breakdown in a relationship.

MAP provide counselling services for all men experiencing domestic abuse. MAP can provide support and help men understand their options and make their own choices and decisions.

MAP also offer support and counselling services to men who have previously left a violent or abusive relationship and who are still experiencing the effects.

Whilst they do not provide advice, MAP can provide men with information and signpost them to other organisations that can help them; these include a number of voluntary, community and statutory bodies.

MAP also offer a range of services to both men and women who want assistance and support to deal with their anger. These services are available to those who wish to understand powerful emotions, cope better with stress in their lives and adopt more appropriate behaviours for healthy relationships.

MAP also provide awareness-raising sessions, such as speaking at conferences or stands at events on male victims of domestic abuse and the issues they face.

For more information on the services offered and the support provided by the Men’s Advisory Project,  you can call them between 9am – 5pm to either their Belfast office (028 9024 1929) or Foyle office (028 7116 0001) or email the organisation at info@mapni.co.uk

Don’t suffer in silence. Get the help and support you need with MAP. 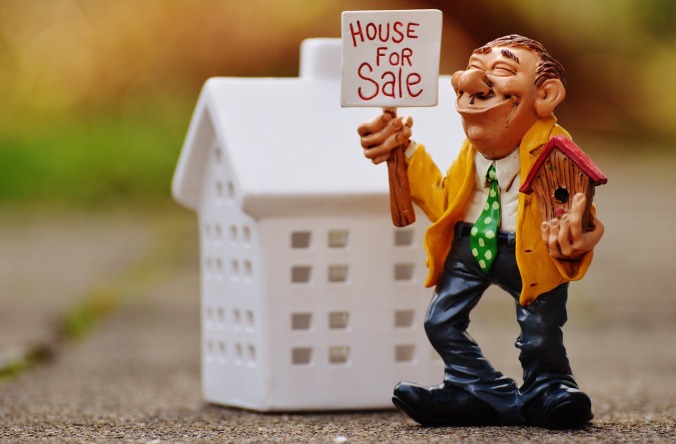 Ruth Flinn is a Property Law Solicitor with Francis Hanna & Co.  Here, Ruth gives us some information on what a solicitor actually does when helping you buy your new home:-

So, you’ve spent the past few months with your nose deeply buried in property brochures. Your Google search list consists solely of property websites and viewing houses has almost become a hobby.  You’re even sick of the sight of Kirsty and Phil on ‘Location Location Location’

But, at long last, it has happened –you’ve finally found your ideal home!

That’s the hard part right?  Once the mortgage is through, surely all you need to do is arrange a date to pick up the keys and then you can get down to the important stuff, like where to put the sofa and what colour to paint the living room??

Unfortunately not…before keys can be placed in your hand and all your furniture packed up, the legal process of buying a house needs to be completed.

It’s not a matter of just signing on the dotted line either – the entire legal process normally takes between 6-8 weeks before you can get moving.

What exactly does my solicitor do?

You may wonder what it is exactly that a solicitor does when dealing with buying a house for you.

Your solicitor’s main job is to protect your interests and make sure that all of the title deeds under which you will own the property are in order.

To do this, they have to check the following:-

All checks and searches have been done – what now??

Once your solicitor is satisfied that everything is in order and any problems have been resolved, they will report to you on the property, and ask you to meet them so that you can sign the contract.

Your solicitor will also contact your mortgage company and ask them to forward mortgage monies through to them directly before you buy.

When can I move in?

Once the contracts are signed, a date is arranged between you and the seller for when money (and more importantly, keys!) will change hands.

On this date, once the financial transaction has gone through via your solicitor, you will officially be able to move into your new home!

Whilst you’re busy picking out wallpaper and getting the TV installed, your solicitor’s job is not finished yet! After completion,  they will deal with the registration of the property into your name.

To be done thoroughly and correctly this entire process will take time. A little time invested now should ensure that when it is your time to sell the property, everything proceeds smoothly.

When you are told the matter is ‘with your solicitor’, rest assured that your purchase is being well looked after and your solicitor will be in touch to allow you to get your keys as soon as possible.

ruth flinn is a solicitor in the property law department at Francis hanna & co and handles all aspects of conveyancing, both private and commercial.

If you would like any further information on the legal process of buying or selling your house, please contact Ruth on rflinn@fhanna.co.uk or contact us below.

There has been much comment in the media in recent weeks on allegations of sexism in the workplace.

When Charlotte Proudman, a UK human rights barrister received a LinkedIn message from Alexander Carter-Silk, a senior partner at a law firm, praising her on what he called her ‘stunning’ profile picture, she responded by telling him she found his message offensive and adding that she was using LinkedIn for business purposes, rather than to be  “objectified by sexist men”.

Ms Proudman linked the incident to what she saw as a larger issue of sexual harassment in her profession and posted the comment made onto her Twitter account causing a social media wave of opinion.

In other news this week, Ms Dalal Belghiti, a former City trader, is taking legal action against her former employer, the US investment bank Jefferies, claiming that she was discriminated against on the grounds of her sex and exposed to sexist behaviour on the trading floor which caused her to leave her job.  She is seeking £3.5 million in compensation from her former employer.

What is sex discrimination in the workplace?

Sexism, or sex discrimination, can take many forms in the workplace. It can be direct, indirect, deliberate or accidental. For example, it can occur when you are treated differently or less favourably than a member of the opposite sex. It can also occur where you are put at a disadvantage because of your gender due to certain provisions, criteria or practices that your employer has.

Sexual harassment can occur when your employer, fellow employee of even a third party such as a customer or client behave in an offensive manner towards you because of your sex.

Employers who do nothing to stop sex discrimination in their businesses may themselves be held legally responsible for this discrimination.

What should I do if I have been discriminated against?

If you have been the victim of sexual discrimination in your workplace, or indeed if you have been discriminated against at work in any way, you should seek legal advice on the procedure that needs to be followed to resolve the matter. If the matter is not resolved satisfactorily by your employer, you may be able to seek compensation through the Industrial Tribunal.

As always, if you would like any further information on this issue, please contact us using the form below or send an email to mgavin@fhanna.co.uk