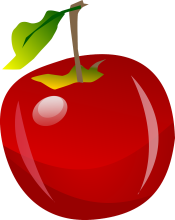 A Scottish bus driver, Harry Clarke, who failed to disclose to his employer that he had suffered previous black outs before he blacked out at the wheel of a bin lorry in Glasgow caused the tragic deaths of 6 people with a further 15 others being injured.

The Fatal Accident Inquiry (FAI) was told by a previous employer of Mr Clarke’s that he had blacked out in 2010 yet there was no record of this on a DVLA assessment form in 2011.

In his job application for Glasgow City Council, Mr Clarke made no reference to his previous black out in 2010 or that he had been declared as suffering from vasovagal (faint).

Mr Clarke has accepted that he will not return to work as a driver however, he will in all likelihood now face disciplinary action by his employer for making a false declaration on his job application.

The importance of giving true and accurate information when being medically assessed for a job cannot be underestimated for an individual’s own safety, their colleagues and members of the public.

Making a false declaration on your job application is a significant breach of trust in the employment relationship.   It is vitally important to provide your employer with true and accurate information. Should your employer subsequently discover that a false declaration has been made by you, it will in all probability leave you open to disciplinary action which may result in your dismissal.

Today’s Life Bite was provided by Mary Gavin who is an Employment Law Solicitor at Francis Hanna & Co.    for further information on this topic or on unfair dismissal in general, please feel free to contact Mary by email on mgavin@fhanna.co.uk

For more information on unfair dismissal read our blog article