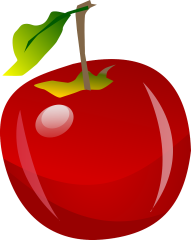 This follows the consultation launched by the Department in October 2015 about whether the level of compensation payable to families whose loved ones have been needlessly killed in Northern Ireland should be increased.  The DOJ consultation paper stated that any increase in the bereavement damages should either bring Northern Ireland in line with England and Wales at £12,980, or with the level of inflation, estimated at £14,339.

“This is a fantastic result for Northern Ireland citizens who up to now received less bereavement damages in Northern Ireland than anyone else in the United Kingdom. Whilst no amount of money can ever replace a loved one, bereavement damages do at least acknowledge that a death has been caused needlessly.  The level of payment previously available was woefully inadequate and so the DOJ announcement of this increase is a step in the right direction.”

For more information on bereavement damages, feel free to contact Martin at mhanna@fhanna.co.uk or contact us at Life Law Ni here