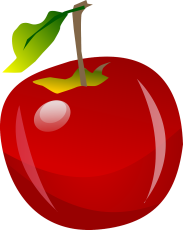 The media reported yesterday that a dyslexic woman accused by her employer Starbucks of falsifying documents  has won a disability discrimination case against her employer.

A Tribunal found Meseret Kumulchew had been discriminated against after making mistakes due to her difficulties with reading, writing and telling the time.

Ms Kumulchew was a supervisor at a Starbucks in Clapham.  One of her job roles was to be responsible for taking the temperature of fridges and water at specific times and entering the results in a duty roster.   After mistakenly entering wrong information on the roster,  she was accused by Starbucks of falsifying documents.

Ms Kumulchew told the Tribunal that she had always made it known to her employer that she was dyslexic and claimed disability discrimination after she was accused of fraud.  The Tribunal found Starbucks had failed to make reasonable adjustments for Ms Kumulchew’s disability and had discriminated against her because of the effects of her dyslexia.   The level of compensation to be awarded to Ms Kumulchew has yet to be decided.

Discrimination happens when an employer treats one employee less favourably than others.  It could happen in a case like Ms  Kumulchew’s or in other instances – for example,  if a female employee is being paid less than a male colleague for doing the same job, or if an employee from a minority ethnic community being refused the training opportunities offered to other colleagues.

There are specific laws against some types of discrimination (called ‘unlawful discrimination’). If your employer treats you less favourably for an unlawful reason, you may be able to take action.

If you require legal advice relating to disability discrimination or if you feel you have been discriminated against by your employer in any other way, please contact us  mgavin@fhanna.co.uk or leave your comments confidentially below