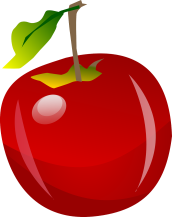 Last week’s Golden Globe Awards were dominated by the sexual harassment scandal that has engulfed Hollywood, with many actresses and actors choosing to wear black as a sign of solidarity with victims of sexual abuse and harassment.

“Time’s Up” has become the slogan, and hashtag on social media, encapsulating the reaction to recent revelations about extensive sexual abuse and harassment in the entertainment industry.

The website  www.timesupnow.com which has been set up in the USA by multiple organisations including the National Women’s Law Center, reports that 1 in 3 women aged 18-34 years old have been sexually harassed in the workplace while over 70% failed to report it.

In light of this, we thought we it would be helpful to look briefly at Sexual Harassment in the Northern Ireland workplace and what employees and employers can do to protect themselves.

Sexual Harassment is defined in the Sex Discrimination (Northern Ireland) Order 1976 as “unwanted conduct” that is sexual in nature and effectively violates the victim’s dignity or “creates an intimidating, hostile, degrading, humiliating or offensive environment.”

The definition is extremely wide, and it is not necessary to prove that the conduct was intentional. For this reason, it is vital that a zero-tolerance culture exists and that it is explained clearly to all employees the sorts of behaviours that are unacceptable.  An act which one person may deem to be insignificant could be considered by an Employment Tribunal to be harassment. The following behaviours can amount to sexual harassment but this list is not exhaustive:-

Employers owe a duty of care to their employees and may ultimately be held liable for harassment.   They should not only ensure that adequate policies are in place to prevent such incidents but also to deal with them when they arise, in a manner that is sufficiently serious, confidential and allows the complainant to be treated with dignity and respect.

Employees should seek legal advice as soon as possible and note that the time limit for bringing a case to a Tribunal is usually 3 months from the date the discriminatory act took place.

If you require any further information on sexual harassment in the workplace, whether you are an employer or employee, please feel free to contact us here or leave your comments below.